Mushroom foraging and cooking course in the New Forest

Mushroom forage and cook with John Rensten and Coastal Survival. 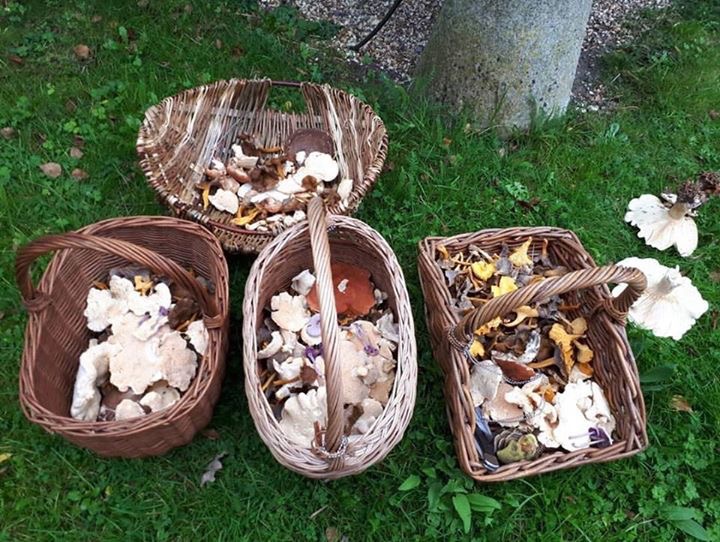 On the 14th of October I had the opportunity to continue my personal
development training and attend a mushroom foraging and cooking, identification
course in the idyllic woodland of The New Forest. The course was hosted and
taught by John Rensten of Forage London with Fraser Christian taking over
for the cooking element of the day.
The event started off with everyone meeting in a car park in The New Forest
and after a few brief hello’s, John gave us a general run down of what we
would be getting up to during the day. After checking everyone was wearing
sensible foot wear and we headed off, leaving Fraser to set up base camp and
get things ready for when we returned. 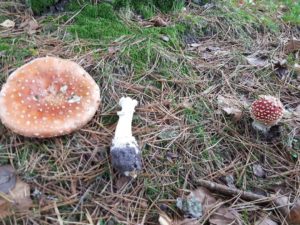 Before we even managed to get out of the car park John had spotted two Fly
Agaric mushrooms, looking very different at two different stages of growth.
With bright red caps covered in white dots, they are not an edible species
but still very beautiful to look at. After a quick explanation of the
different identifiable characteristics of these and a few other mushroom
groups we moved on. 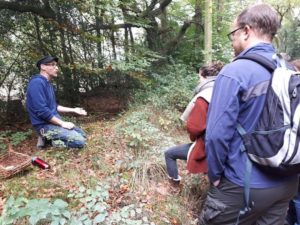 As the day progressed on we covered a variety of different terrain, from
open heath land to bogs to dense forest, all the while finding numerous
mushrooms species in various stages of their development, comparing them as
we went along and getting to know the key characterises. It was interesting
to see which mushrooms preferred which terrain, which grew with specific
trees and what was more interesting to me was the fact that you could bring
John almost any mushroom you found and he could give you an answer as to
what the mushroom was called, how to identify it and if it was edible or
not. 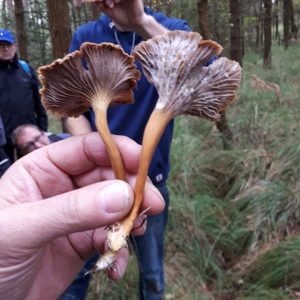 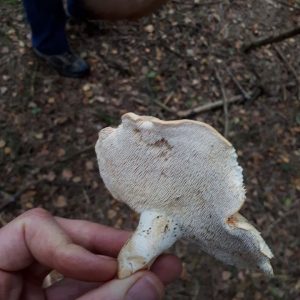 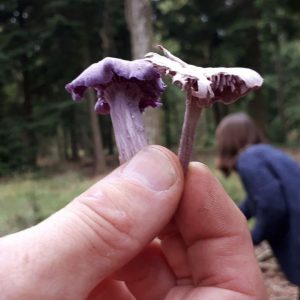 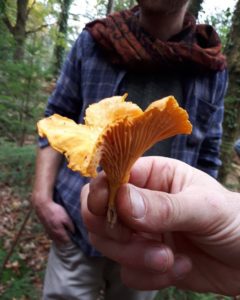 A couple of the species that stood out most to me and that I’ll remember
(probably because we cooked and ate them at the end of the foray) were the
Hedgehog Mushroom, Winter Chanterelle, Amethyst Deceiver and most of all the
Chanterelle because of its strange shape and yellow/orange complexion. 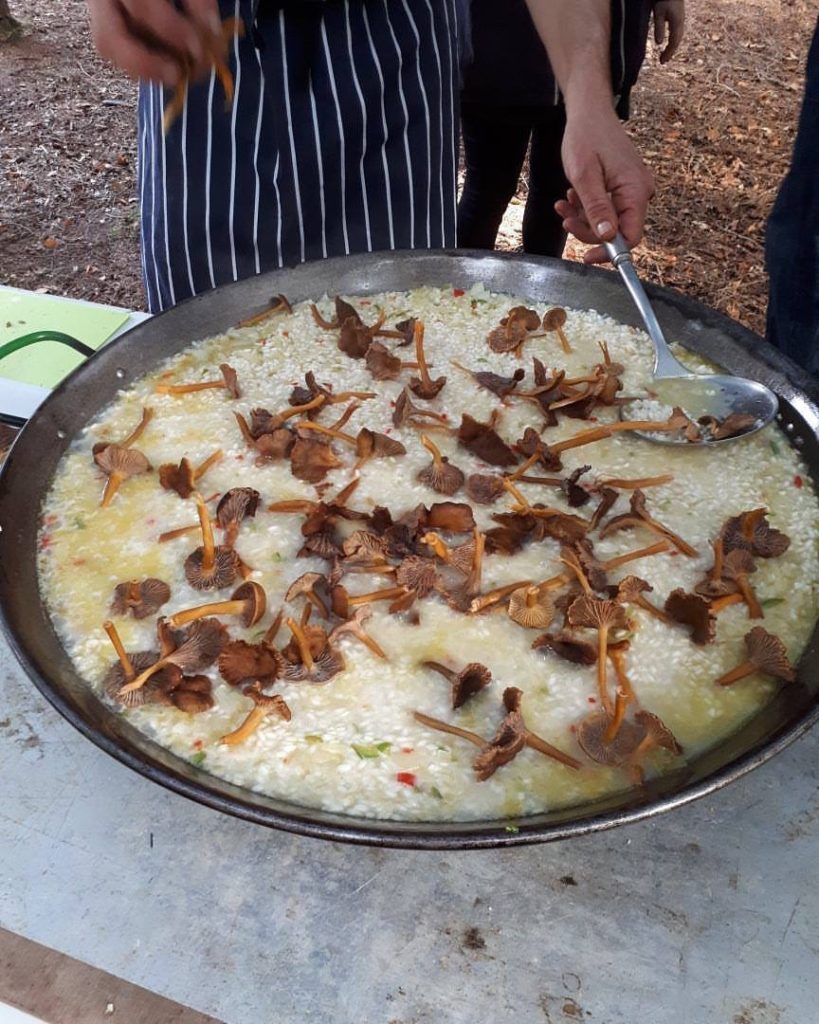 After we’d filled our basket we returned to our base camp, where Fraser was
waiting with a good camp fire burning and the Coastal Survival outdoor
kitchen ready to prepare the mushrooms we’d gathered. Fraser ran through the
basics of preparing and cooking with wild mushrooms and then proceeded to
make a hearty Hedgehog Mushroom scramble followed by a delicious Winter
Chanterelle  risotto; a fitting end to the day and tasty reward for the
hungry foragers. Of the various edible species that we didn’t cook with,
plenty were left over so that everyone could take a few home with them..

Due to John’s charismatic nature, laid back approach to teaching, extensive
knowledge of the fungal world and Fraser’s excellent cooking skills, I would
definitely recommend booking on to one of Johns course’s if you wish to get
a better understanding of this fascinating topic and learn a lot of edible
mushrooms on the way.

Please remember, if your not 110% positive in your identification of wild
food, do not eat it, some plants and mushrooms are poisonous and can be
fatal if consumed.